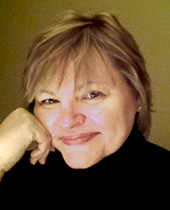 Nine years ago I founded PlaneBusiness Banter. I am proud to say that the Banter is now the most widely read weekly financial newsletter in the industry.

Shortly after PBB came on the scene, I also began another online publication — The PlaneBusiness Daily Banter. The Daily Banter went on to become the most accessed daily online aviation information site on the web. Heck, we were “blogging” before anyone had coined the term.

However, in 2001, after it was clear the Internet boom had gone bust, and after we could not make the Daily Banter a profit center through the use of advertising, we reluctantly shut the doors — choosing instead to concentrate our efforts on our subscriber product – PBB.

However, it’s now five years later and things have changed. First, we are now in the final throes of a new revised PlaneBusiness.com website. This will provide a new home for our PBB subscribers.

Secondly, as web advertising/sponsorship models have now improved, I thought it was about time we gave everyone else a new place to hang out as well.

Third, I was tired of not being able to comment on what was going on — for days. Sometimes you just want to get out there and mix it up when news hits.

For those of you who used to read the Daily Banter faithfully — this won’t be quite the same animal. It will be much of the same information, only in shorter bytes. And I won’t promise I’ll be in here every day. But I do promise it will be worth your time to stop by whenever you can — just to see what we’re up to. And when I say “we”, I mean we. I will not be the only one contributing to the discussion here. You the readers, along with other commentators, will all be a part of making this the best place anywhere for information on the dysfunctional industry we all love.

For those of you who still mourn the passing of the old PlaneBusiness message boards — the new format should give all of us the best of both worlds.

While we are not offering message boards with the new site per se, we are certainly opening up the doors for those of you out there to comment on what we post. And we think this is a good thing.

We’re still in the building stage. So don’t scream and yell just yet as the construction crew continues to build out the place. Okay?

Besides if you yell too loud I just might have a Katrina moment. And trust me, that is not a pretty sight. (Note to those who don’t live in the New Orleans/Mississippi Gulf Coast region — it’s akin to having a really short fuse — brought on by having to endure consistently high levels of frustration in most every aspect of your daily life.)

I’m off to work. Still trying to figure out these damn link boxes.